Education, health and security are among issues affecting residents of the riverain communities in Region 10, and soon they will be addressed by the relevant ministries.

Minister Lawrence while addressing the residents explained that the role of her Ministry is to deal with aspects relating to child protection, probation, social services, grants, Trafficking in Persons (TIP) and special projects including Women of Worth (WOW), People of Worth Entrepreneurial Resources (POWER). The Ministry also deals with senior citizens, children, and the disabled.

On the other hand, Minister Scott is responsible for labour issues including occupational safety and health, co-operative societies, labour market information systems and the Central Recruitment and Manpower Agency (CRMA).

Minister Lawrence noted that the promises her administration made during the 2015 election still stand and will materialise. “We will ensure that you have regular transportation in the region, provide necessary places and the necessary training in the communities among others,” the Minister said.

The Social Protection Minister pointed out that the coalition government, since assuming office recognised the need for ministerial visits to effectively and efficiently govern.

Deputy Toshao, Noel Smith raised concerns about access to healthcare and livelihood. Smith said, “For quite a while our community didn’t have sufficient health workers to treat ill residents. When the residents have emergencies, it is difficult for them to travel to New Amsterdam for treatment. We also need assistance in providing markets for our produce cause most of the people in the community do farming.”

Shemika Miller, the Health Worker for Ebini spoke about the challenges in providing healthcare services. Miller explained, “By the time the drugs arrive in Ebini from Linden they are expired or damaged. Plus the health centre has no electricity and I would have to use a flashlight in the night to look for drugs and do other things.”

Another resident, Troy Morris expressed gratitude for the ministers’ visit, while raising the issue of teenage pregnancy and communication.

“I have a problem with communication in this community. It is difficult for us to make contact with officials or other persons especially in emergencies. The community has one phone at the riverside and it is challenging to always go there to make calls,” was Maleka Russel’s concern.

Residents of Wiruni spoke about incest, the need for sporting facilities and for the health centre to be repaired.

For Clem Harris, he wants the young people of Wiruni to get involved in sport activities. “I am pleading with you ministers to make representation on this community’s behalf for recreational ground and activities to be implemented in the region.”

Corruption and livelihood issues were raised by Hururu residents. Victor Walker complained that, “the presence of dishonesty in the council body is terrible, Minister,” while Jean Thomas highlighted that, “the farmers are neglected and do not receive farming supplies which is leading to destruction of agriculture of this community.”

Education and Indigenous annual village social activities were some of the concerns raised at Wikki -Calcuni.

Errol Williams said the primary school is in need of qualified teachers so the children can get a proper foundation in education while Leon Williams’ wish is for the Amerindian Heritage Day to be held in the riverain communities.

Several residents also spoke of the deteriorated condition of the schools in the community.

Assistant Regional Executive Officer, Leola Narine told the team that she has compiled a file with issues of child labour, and teenage pregnancy among other social issues.

Justin Moore stated, “I am happy that the Minister is here because many of the children in this community are becoming pregnant as soon as they leave primary school. It is necessary that the issue is addressed soon before it gets worse.”

Kay Forde feels that there is a need for counsellors in the school to guide the children on various social issues as the community has lots of school drop-outs because when the children graduate there is no employment for them.

Minister Lawrence in response to the various issues affecting the communities noted that her Ministry will work assiduously to address all issues relating to her Ministry. Others including crime, health and education will be forwarded to the relevant Ministers and Ministries  to be addressed.

In relation to the implementation of programmes and social issues surrounding incest, teenage pregnancy and school drop outs in the community, the Minister noted that the social workers responsible for the region will immediately address those issues.

At the conclusion of the meetings some of the riverain communities were given sports gear including bats and balls.

Minister Scott noted that agricultural and communication problems will also be forwarded to the Minister of Agriculture to have experts from that ministry visit the region to provide relief.

Minister Lawrence promised the residents to return shortly to the communities to ensure that their concerns raised are addressed in a timely manner. 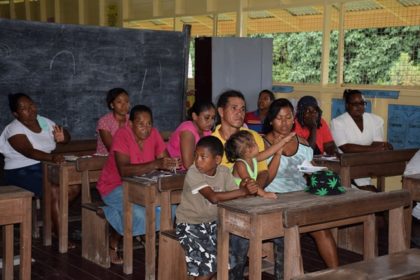 Residents of Ebini at the meeting with Minister of Social Protection, Volda Lawrence and her team 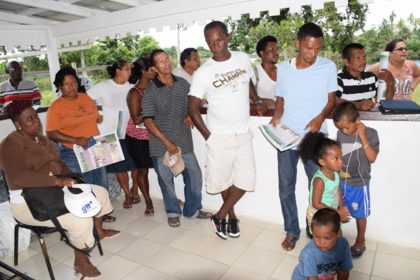 Residents at the meeting in Kimbia with Minister of Social Protection, Volda Lawrence and team 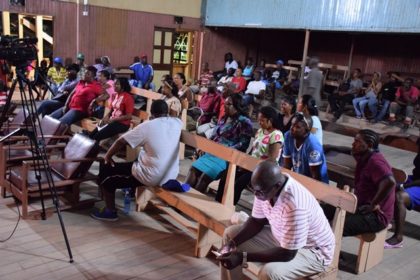 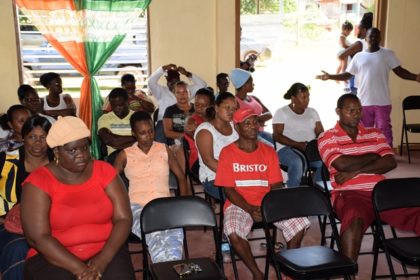 Residents of Ituni at meeting with Minister of Social Protection, Volda Lawrence and team 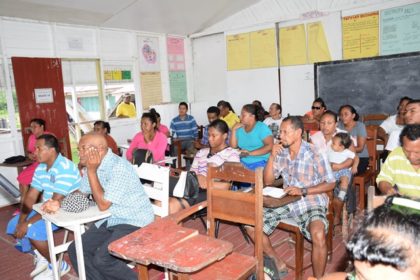 Hururu residents at meeting with Minister of Social Protection, Volda Lawrence and team 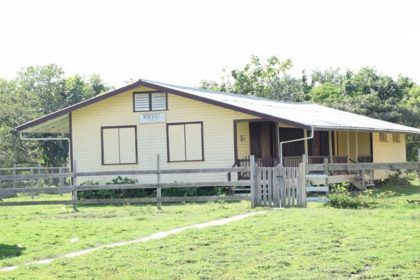 Health Centre at Wiruni to be rehabilitated 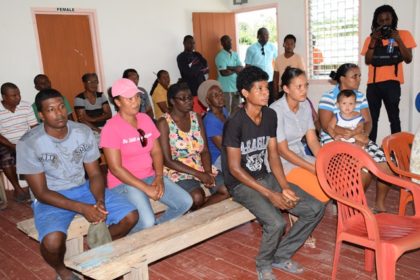 Some of the residents of Wiruni with Minister of Social Protection, Volda Lawrence and team 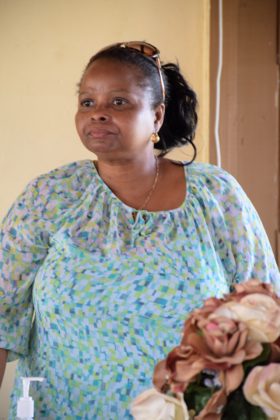 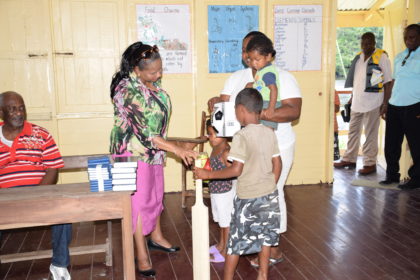