MORE COMMITMENTS OF SUPPORT FOR G77 AND CHINA CHAIRMANSHIP 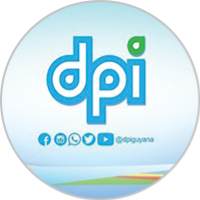 On the final day of meetings in New York to launch Guyana’s Chairmanship of the Group  of 77 and  China  for 2020,  Foreign  Minister  Dr.  Karen  Cummings  met with staff of the Guyana  Permanent  Mission to the  United  Nations  to thank  them  for their hard  work and  dedication  to service.

She  noted  this as  a special  moment of pride and honour for all Guyanese, especially with the outpouring of support and commendations,  at  all  levels,  that  were  received in  the  course  of this  week. However, the hard work has just started with a high level of expectation placed on Guyana’s Chairmanship. Minister Cummings urged staff to continue to give of their best,  assuring  them  of the  full  support  of the  Ministry  of  Foreign  Affairs  and Government.

In  meetings  with  the  Administrator  of  UNDP,   Mr.  Achim   Steiner,  and   H.E. Ambassador Mona Juul, President of the UN Economic and Social Council (ECOSOC) and Permanent Representative of Norway to the  United Nations, Prime Minister Moses Nagamootoo received  additional commitments of support for the  critical responsibility the country has undertaken.

Mr. Steiner  recalled  the  long and  productive  relationship  between  Guyana  and UNDP, with  the  UNDP Country  Office  and  the  Regional  Bureau  for Latin  America and the Caribbean steadfastly supporting Guyana’s development efforts. Mr. Luis Lopez-Calva, Regional Director, and Mr. Jairo Valverde, Resident Representative, accompanied Mr. Steiner to the meeting. Prime Minister Nagamootoo noted that Guyana  relies heavily on UNDP  for unbiased  technical  cooperation  and  advice  at the national  level and  is grateful for its support for Guyana’s G77 Chairmanship.

Ambassador Juul  noted  the convergence  of issues  and  areas  of work for ECOSOC and the  G77,  expressing the  hope that a  fruitful and  close collaboration during Guyana’s Chairmanship would result in meaningful progress on the development concerns  of  the  Group,  but  particularly  for Small  Island  Developing  States.  She noted that Norway and Guyana have had excellent bilateral relations which can be built upon to advance their current responsibilities at the United Nations.

Prime Minister Nagamootoo thanked  her for Norway’s support over the years, and the commitment to work closely during this year to advance the international development agenda.  He noted that Norway is seen as a model for Guyana, on the use of conditional cash transfers and the application of the benefit of oil revenues for its population.

Foreign Minister Cummings met also with Mr. Liu Zhenmin, United Nations Under secretary  General  for  Economic  and  Social   Development  and   Head   of  the Department  of  Economic  and  Social  Affairs  (UNDESA).  The  Under-Secretary General noted that his Department plays a  key role in supporting all UN Member States  under the  SDG  agenda,  but  especially those  belonging  to the  Group  of 77 and China, to which DESA has a close affiliation. He agreed with Minister Cummings on the  importance of advancing the Action Agenda elaborated  by the  Secretary General as  part of the Decade of Action. The USG  stated that further follow up discussions will be held with the Permanent Representative of Guyana on how best to materialize this collaboration.

On Friday afternoon the Group held its first Organizational Meeting under Guyana’s Chairmanship, to agree on its work programme  priorities for the year. At the start of the  meeting Minister Cummings addressed delegates, thanking  them for their commendations and promise of collaboration, and introducing them to the beauty of Guyana by showing a short video.

This meeting was Chaired by Ambassador Ten Pow.  Several  representatives  who   were  unable  to  speak  at  the   Hand  Over Ceremony  due  to  shortage  of time,  expressed  congratulations  to  Guyana  and offered  to work closely with  us in  achieving the success  needed.

The Group  of 77 and  China were  briefed on the status of the Perez Guerero Trust  Fund  established by the G77,  as well  as on progress  of preparations for the Third  South  Summit to be  held   in   Kampala,   Uganda.  The  Organizational   Meeting  concluded   after identifying several critical work priorities for 2020. 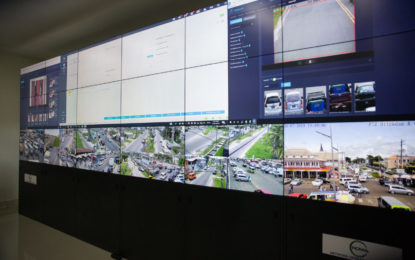 Security sector to be further enhanced

The transformation is evident – PM tells...

Gender equality a priority under APNU+AFC  2020...

MY TURN | PROMISE AND PERFORMANCE

Govt invested over $10B in the Rupununi