During the simple but significant graduation ceremony held at the Friendship Primary School, the First Lady spoke of the remedial programme’s success over the years. The said programme is also offered at the Lusignan Primary School. Mrs. Granger said through the programme parents have been given an opportunity to save money they would have otherwise spent to send their children to private lessons.

Despite this opportunity, the First Lady said some parents still opt to remove their children from the free remedial classes and enroll them into paid lessons where they receive less individualised attention.

“I am hoping that we will have some enlightened parents from Grade Five now, who will see the benefits of leaving the children in the program … the children get special attention when they have specific problems particularly as it relates to literacy and numeracy, so I really want you to think of saving some money parents and leave them here so you can see what the program would have done throughout your child’s school life,” Mrs. Granger said.

Regional Vice-Chairman of the Demerara-Mahaica Region (Region 4), Mr. Earl Lambert commended the First Lady for the initiative. Mr. Lambert said the Regional Administration has been playing its role in ensuring that all students are literate and numerate.

“The First Lady has been doing excellent and exceedingly well. We at the Region would have been spending also on education. Since we would have come into office we would have built schools and right here in Buxton we would have just completed the construction of a Lab at the Secondary school,” he stated. 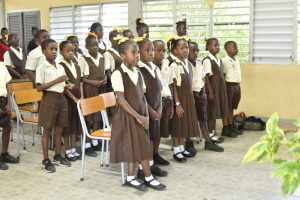 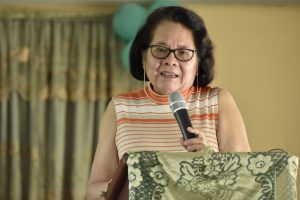 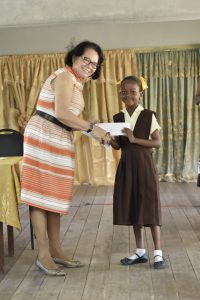 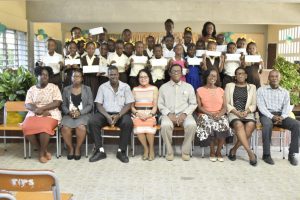 Meanwhile, Tyra Rogers who secured the top place at the Grade Four level of the programme told the Ministry of the Presidency’s Public Information and Press Services Unit that though some of the classes proved challenging for her, she persevered.

“It was a little challenging…but I enjoyed English [class],” the student stated.

Her mother, Ms. Pietra Rogers thanked the First Lady for providing an opportunity for her daughter to attend free remedial classes. She noted that it has also allowed her to save money which would have been used to send her daughter to private classes, to purchase books.

“This program is a very beneficial thing to my daughter because it pushes her and I see that the teachers are taking time with her, which is something she really needs; so I thank the First Lady for this Program…and it would help me to save because I would have to get textbooks and so on, so that lesson saves me and gives me the extra money to buy text books and so,” Ms. Rogers stated.

Similarly, Ms. Terri Bobb, mother of Makela Bobb said her daughter started the remedial classes two years ago and she is very satisfied with her performance. She said the initiative also allows her save money as private lessons are very expensive.

“My daughter she was attending the lessons since in Grade Two and she is one of the high flyers and I am very satisfied. She is always in the top ten in her class!” she remarked as she beamed with pride.