Less than a week after His Excellency President David Granger announced plans to establish a National Squatter Resettlement Commission, residents of Plastic City at Vreed-en-hoop, West Coast Demerara (WCD), have welcomed the decision.

At a rally in Leonora last Friday, President Granger said the new commission will bring an end to homelessness and provide adequate housing for all. He pointed out Plastic City, as one of the areas that needed to be removed. 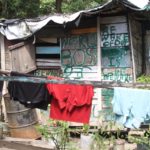 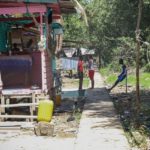 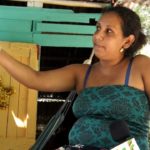 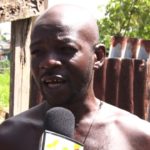 With a lack of basic necessities like electricity and running water, living conditions there are far from acceptable. Apart from the absent infrastructure, the mounting garbage piles in sections of the community and the continuous flooding remain health hazards to residents. Dilapidated shacks line the walkways where little children play.

For decades the hundreds of residents have been frustrated, but their hope was revived following the president’s announcement.

Roy Haywood, 53, has been living in the community for almost five years. When the DPI visited today, he showed us a wooden frame which he said would soon be his new home. He, however, wants out of the community.

“I want to thank the president for thinking about Plastic City and what he has in mind to do for us here. I want to thank him and congratulate him for his works cause, I need some help,” he told this publication.

The situation varies from family to family. Some persons have been living in the area for close to 30 years. The struggles throughout the years have been overwhelming. Hearing of the President’s plan they say, brings relief.

Pinky Ganga, 35, has been living in the area since she was seven years old. All four of her children were born there. She hopes for a better life for them.

“From at the back come out, it isn’t healthy for us. We didn’t have a choice and that is why we live here because the spring tide water comes up and flood the place and make the children sick. It is a good idea, yes. If we get a piece a place we will move,” she said.

DPI later caught up with a young father Wayne Watson, who has been actively pursuing a better life for his family. He said he has been struggling in the community for more than 20 years and is looking forward to the plan by the Head of State.

President Granger said the over 153 squatter settlements across Guyana remain a major bugbear. His mission is to eliminate such living conditions, providing instead, a better quality of life for all.