Region Eight miners to be trained in malaria testing

Testing for malaria would be done by miners in Region Eight in an effort to foster a more efficient response to early detection of cases in the mining sector where the illness is prevalent.

Director of Vector Control Services (VCS), Dr. Horace Cox told the Government Information Agency (GINA) today, that the Ministry of Public Health, along with the VCS is currently carrying out a pilot project in Region Eight. 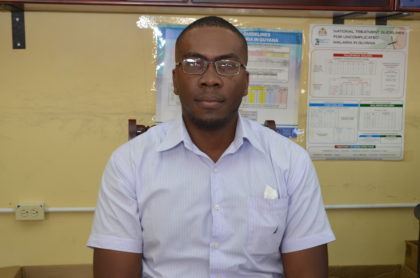 “We are attempting, through a pilot project to train miners in the use of the diagnostic test. Going to the region, we engage them through the relevant bodies GGMC,(Guyana Geology and Mines Commission), GGDMA (Guyana Gold and Diamond Miners Association), regional officials, and train these miners because we have recognised that miners are an ‘at risk’ group, very high risk and as a result of that, we want to really build capacity in the mining sector,” Dr. Cox explained.

The rapid diagnostic test will provide results for malaria in a timely manner, and serve as a substitute for the gold standard microscopy examination, but will not replace it, Dr. Cox explained.

“Microscopy is still the gold standard, but we have rolled out the rapid diagnostic test, and this is a test that can have a malaria result available, whether negative or positive within 15 to 20 minutes,” Cox added.

Malaria in the hinterland regions is currently tested through the microscopy examination.  Microscopy entails visualisation of the malaria parasites in a thick or thin smear of the person’s blood, examining it and then giving the result.

The VCS has been focusing on elimination the vector-borne disease in the hinterland regions. It has been distributing chemically treated bed nets to vulnerable and at risk groups in an effort to reduce the incidence of the disease.

Malaria is caused by the bite of an infected Anopheles mosquito. An affected person may exhibit fever, chills, aches and nausea.

According to the Centers for Disease Control (CDC) of the United States, in 2015, there was an estimated 214 million cases of malaria worldwide, with 438,000 deaths, mostly children.