Professor Paloma Mohamed-Martin has been appointed as the 11th Vice-Chancellor of the University of Guyana after a year-long search.  She will be the first woman to hold the post.

The University has been operational for 57 years and has had 10 male Vice-Chancellors since its inception. 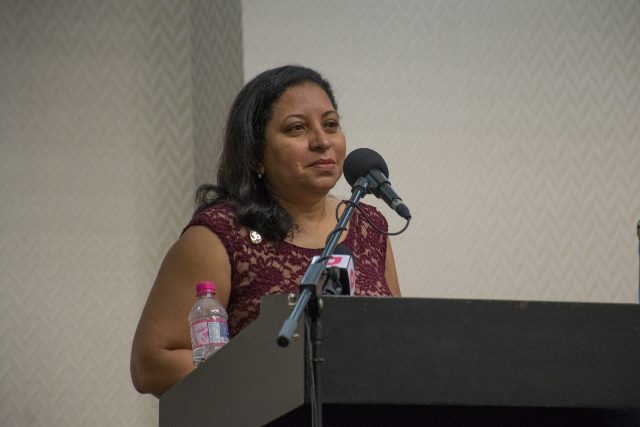 Professor Mohamed-Martin had served as the Chair of the Transitional Management Committee (TMC) and the Deputy Vice-Chancellor responsible for Philanthropy, Alumni and Civic Engagement (PACE) as well as a professor of behavioural sciences for many years.

As an academic Professor Mohamed-Martin has produced and co-produced over 22 films and documentaries. She has also written and edited 11 books and numerous journal articles and has received some of Guyana’s and the Caribbean’s most distinguished recognition for her work.

She has also served as the Director of The Centre for Communication Studies and Dean of The Faculty of Social Sciences at The University of Guyana.

The formal appointment was made on Tuesday by Chancellor Edward Greene via email to the staff of the University of Guyana.