‘Unite to develop your community’ – Min.  Allicock to Perseverance residents

“A good life doesn’t mean sitting down and waiting for things to be handed to you, it is about hard honest work…”

This statement was made by Minister of Indigenous Peoples’ Affairs, Sydney Allicock to the residents of Perseverance, Mahaica-Berbice, Region 5. The minister was at the time speaking at a community meeting on April 25, as part of the ‘government comes to you’ outreach programme. 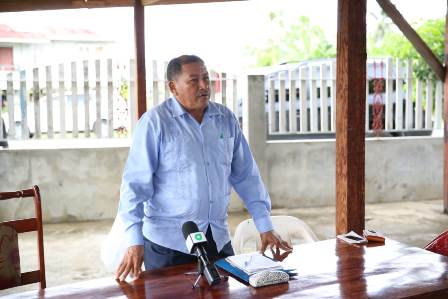 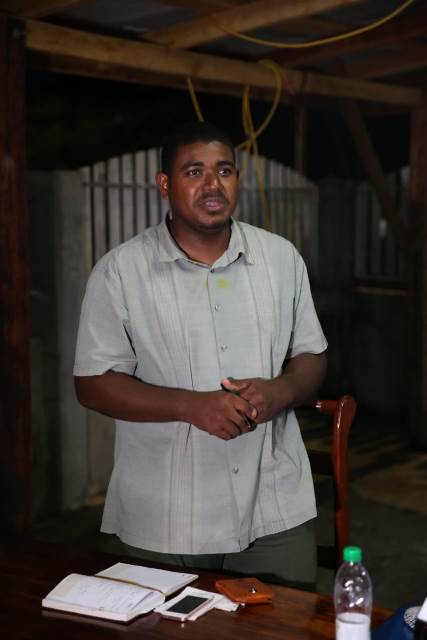 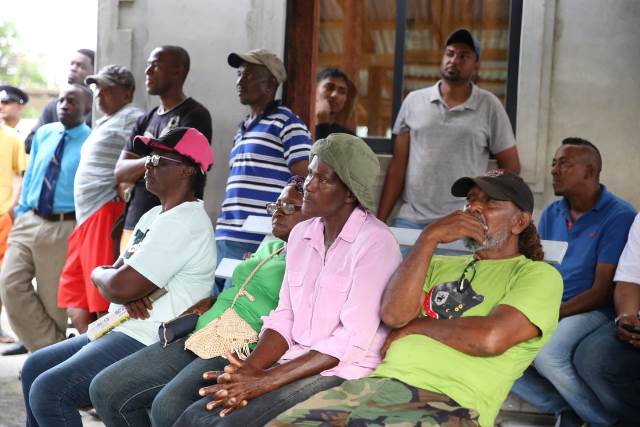 Some of the residents of Perseverance, Mahaica-Berbice gathered at the community meeting.

Minister Allicock noted that while the Coalition Government is on a mission to ensure that all citizens benefit from the ‘good life’ the administration cannot do it alone. He emphasised that there needs to be a partnership between the government, the local democratic organs and the people.

“We have decided to take the government to the people, and we are happy to say that a majority of the people have had answers to their many issues, however, it is only the beginning,” the minister said.

The residents raised several issues at the meeting; the most common being drainage and irrigation, road upgrades, and the need for street lights and job opportunities for the youth.

Region 5 is considered the largest agriculture producing region in the country. In Perseverance, the residents are mostly involved in rice cultivation, cattle rearing and cash crop farming.

A resident, Nickosi Dubisette proposed that the government make lands accessible to investors who may have an interest in investing in the areas and creating jobs for the youth. According to Minister Allicock, the government is keen on providing opportunities for citizens, especially the youth.

“The government would like to open up opportunities for you… because of the discovery of oil, Guyana is now like the new kid on the block, the number of countries that are now courting Guyana is amazing and we need to be ready for this development.”

He, therefore, urged the Neighbourhood Democratic Council (NDC) to engage the people and create projects based on the needs of the community to be added to the 2020 National Budget. Additionally, he told the residents to prepare themselves by taking advantage of the various programmes the government is offering to improve on their academics and qualifications.

As it relates to the roads, while one resident of the Cottage area commended the government for giving them roads for the first time in 20 years, there were a few others who decried the shoddy work done on roads in other areas.

Trevon Chichester, NDC Councillor, explained that a number of roads were done under the previous council; however, there are some new roads that will be done this year and the council is firm on ensuring quality work is done.

Chichester added that the residents within the NDC owe some $35M in rates and taxes. “Imagine what can be done if you the residents pay up that $35M, imagine how much roads can be done.” He said that the council will be actively going after those who owe taxes once the books are in order.

He also recommended that the residents get back to forming cooperative societies which he believes can solve many of the issues, especially job creation.