While the government has been expending millions of dollars to address the overcrowding at the Indigenous Residence at Princess Street, Georgetown, the Administrator, Clarie Emanuel believes that the issues will only be fully resolved once the regional hospitals are fully equipped to ease the number of referrals at the Georgetown Public Hospital. 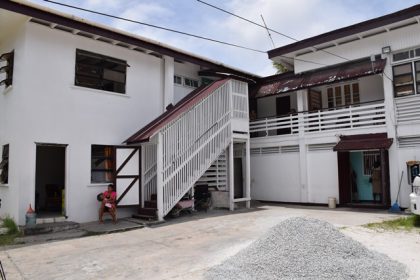 Most of the persons at the residence are seeking medical attention in Georgetown; these include post and pre-natal mothers.

Emanuel told the Department of Public Information (DPI) that “once they [regional hospitals] are equipped with the necessary equipment to deal with some of these issues, and have adequate doctors and personnel, this will ease the number of indigenous persons travelling to Georgetown.”

Last year, the government signed a US$17.5M line of credit with the Export/Import (EXIM) Bank of India to upgrade primary health care facilities in the country. The funds are to be utilised for the refurbishing of existing facilities and the construction of new buildings at the Suddie Hospital in Region Two, the West Demerara Regional Hospital, and the Bartica District Hospital in Region Seven. It will also be used to procure medical equipment to furnish the new and renovated facilities.

However, Emanuel, who has been employed at the facility for the past four years, noted that since the government took office, it has been placing a lot of emphasis on the facility, ensuring that persons are comfortable during their stay.

She explained that last year, the building was given a much-needed facelift. This included an extension to the building and the rehabilitation of dormitories and the maternity sections; it also included the replacement of windows and other minor works. The building was also repainted and the vending section concreted. 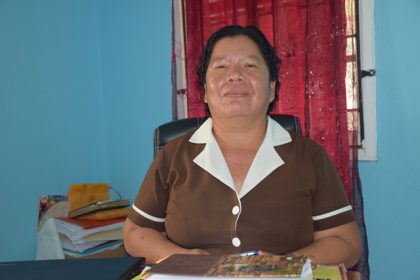 Additionally, this year, the sum of $20M was allocated for further extensions to the building to accommodate four additional rooms for Toshaos travelling to Georgetown to conduct Village Council business.

“The tender document is out and once the bidding process is completed and the contract awarded, I am hoping the process would start very soon,” Emanuel said.

Built in late 1960, the Indigenous Residence, formally known as the Amerindian Hostel was constructed to accommodate 120 persons at any one time. However, the building currently houses close to 130 persons.

Minister of Indigenous Peoples’ Affairs, Sydney Allicock recently told DPI that in the long term, the government may have to look at a new building, given the growing indigenous population.

“It is a work in progress and we are hoping that we can bring some relief to the residents of the hinterland. It is going to continue in that frame until we find a better solution”.

In 2017 alone, the facility provided accommodation, transportation, and meals for 2,153 persons seeking medical attention of conducting business in Georgetown and further afield.