US, UK, EU, and Canadian diplomats sit-down with GECOM commissioners

Diplomats from the ABC countries; United States of America, United Kingdom, Canada and the European Union, now have a better appreciation of the Guyana Elections Commission’s (GECOM) state of preparedness for hosting of the General and Regional Elections.

This follows a meeting which the country representatives had with the commissioners of GECOM.

Speaking to the media after the meeting, GECOM Commissioner, Vincent Alexander explained that a number of questions were raised on GECOM’s state of preparedness, house-to-house registration, among other issues.

Alexander emphasised that “there were no suggestions, merely questions and expressions of appreciation that they now have a better understanding of things.”

While appearing on the National Communications Network programme ‘Context’, on Wednesday evening, Alexander explained that until the body is advised on an election date, GECOM will be working with its 2019 programme which includes the claims and objections period and house-to-house registration. He emphasised that there will be no hindrances to GECOM moving into elections mode. 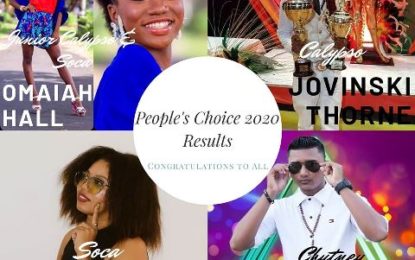 Author Details Neola Damon Author email neola.damon@dpi.gov.gy DPI, Guyana, Tuesday, February 25, 2020 The people have spoken, and four talented artistes have emerged as the winners of this year’s People’s Choice Awards. Among them are newcomers Omaiah Hall and Erica ‘Karizzma’ Rupine. On... END_OF_DOCUMENT_TOKEN_TO_BE_REPLACED